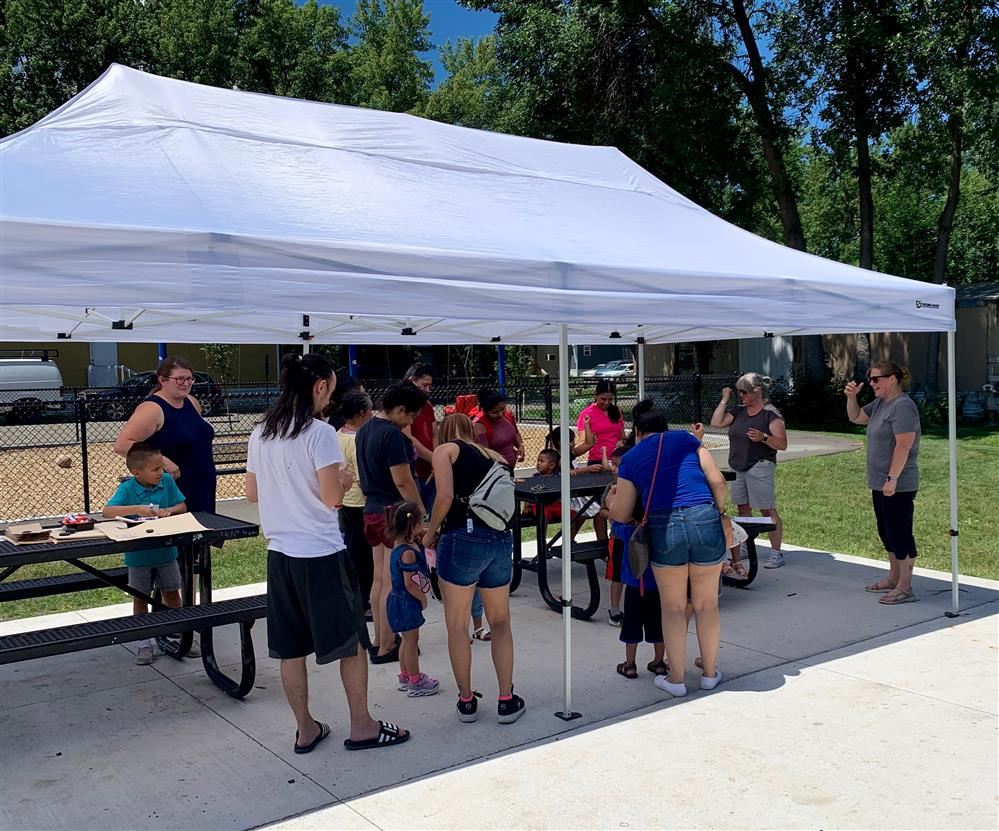 (7/14/22) More than a dozen families and their children attended Anoka-Hennepin’s first ever Pop-Up Preschool in a neighborhood park near Dayton, Minnesota this week. The free summer learning opportunity, led by licensed teachers Dawn Hetrick and Laura Craig, offered fun, hands-on parent/child learning with a preschool focus. The mixed age program for ages birth – age 5, consisted of large group time, songs, stories, and an educational activity. There was also time for parenting education and resource sharing.

"We're trying something new," said Diane Tich, ECFE/Preschool Supervisor. "We weren't really sure what to expect, but we had a great turnout and families were very excited for the opportunity to develop their children’s skills.” 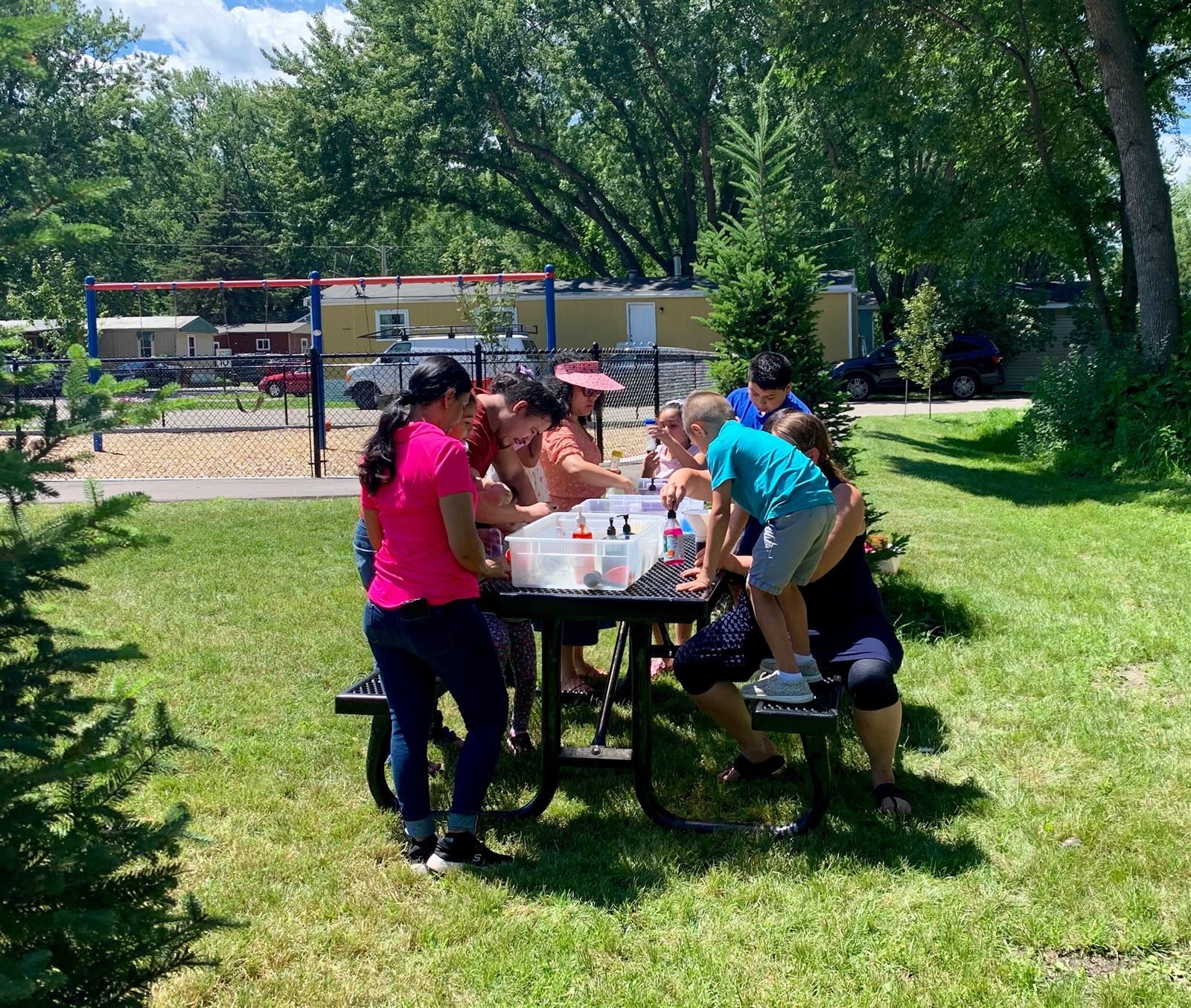 There will be three Pop-Up Preschools sessions held at two different park locations in July.

“We are trying to break down barriers that may keep families from attending preschool. The goal is to support families in their community, rather than expecting them to come to us,” added Tich.

During Tuesday’s session at Dayton Park, families learned new songs, listened to a story, went on a nature scavenger hunt, painted sidewalks and more. The district’s early learning cultural liaison, Ana Salazar, was also on hand to help translate and explain the benefits of each activity.

In addition to Dayton Park, three pop-up preschool sessions will be held at Camelot Square in Coon Rapids. Learn more at https://bit.ly/3O5w0P6. Pre-registration at is encouraged but not necessary.