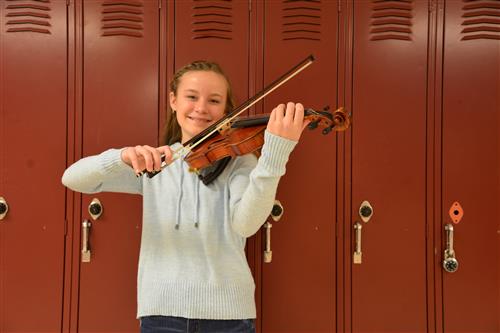 (01/16/20) Anoka Middle School for the Arts (AMSA) eighth-grader Lauryn Schreifels, for the second straight year, has been named to the Minnesota String and Orchestra Teachers Association (MSOTA) Middle-Level Honors Orchestra.

Schreifels, the only middle school student in the district to be named to the honors orchestra, earned fourth chair in the state as a violinist, according to Jesse Peterson, AMSA’s director of orchestras.

By being named to the honors orchestra, Schreifels will join other middle school students from around the state for a performance at the Minnesota Music Educators Association Midwinter Clinic, which is set for 11 a.m., on Feb. 15 at the Minneapolis Convention Center. The event is open to the public.