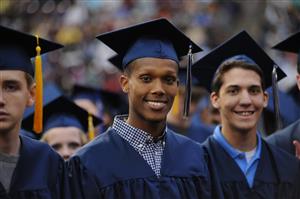 (08/16/19) During the upcoming 2019-20 school year, in select mathematics, physical education, and health classes at the middle and high school level, Anoka-Hennepin will be piloting a change to the way student grades are determined and communicated.

Most people are familiar with how traditional grading is done. Get 48 out of 50 questions correct on a quiz, and a student earns an A. Don’t complete an assignment, and the student gets an F. But something traditional grading doesn’t measure well is how proficient a student is, in real-time, on a state standard.

“As a district, teachers are moving away from the traditional grading practices of averaging and percentages,” said Kim Pavlovich, Anoka-Hennepin’s director of secondary curriculum. “Instead, teachers will use the most recent evidence to know, in real-time, where a student is with regard to their knowledge of a particular standard. Standards-based reporting allows teachers to grade students on where they are now in their educational journey, not where they were when they first began learning the material."

What does moving to a standards-based reporting mean to parents and students? First, the report card is not changing. So when students and parents look at the report card, they’ll still be earning As, Bs, etc. But gone are the days of averaging a student’s scores on assignments and tests to reach an overall grade. Also gone are the days of getting extra credit to recover from a missed assignment.

“Instead, teachers will use their judgment as to how a student is currently demonstrating their abilities with regard to prioritized standards, proficiency scales, and assessments,” Pavlovich said. “So teachers, students and parents/guardians will know where a student is with regard to specific state standards.”

Moving to the standards-based reporting is a change that’s years in the making, which is being led by teachers, and comes with years of foundational work, Pavlovich said. “Frankly, this reflects the direction the district has been moving instructionally for more than nine years,” she said. “The state requires us to teach to the Minnesota state standards. This change aligns our grading and reporting practices to the instruction."

One of the major benefits standards-based reporting offers is it will allow for more consistency in grading from site to site within specific courses, Pavlovich said. For example, intermediate algebra is a course taught at all middle schools in the district, but grading can vary significantly from school-to-school and teacher-to-teacher.

“We all probably remember from our own school experience which teachers were easy or difficult graders,” she said. “Standards-based reporting brings uniformity to the grading and reporting process. It will also allow grades to be more accurate and more specific so that both teachers and students can describe what it means to be proficient in a particular state standard so that students can improve their performance.”

The shift to standards-based reporting will occur in phases, with some mathematics, health, and physical education courses piloting this year, and other courses moving forward in following years. The transition should be done by the 2023-24 school year. This year — the pilot year — will identify areas that need streamlining moving forward, Pavlovich said.

If students and parents/guardians have questions about standards-based reporting, they’re encouraged to ask teachers about the changes. In addition, the district will be launching a webpage with frequently asked questions and other information later this fall.