(01/08/2021) Joseph Morphew, a junior at Anoka High School (AHS), has qualified for the National Speech and Debate Association (NSDA) national tournament which will be held virtually this summer. 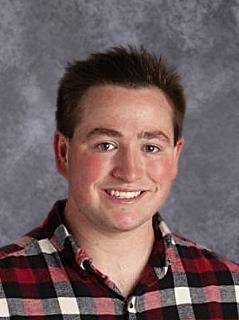 Morphew has climbed the ladder during an interesting year of debating virtually to become one of the top performers in the state. The speech and debate team at AHS started the season in September and was able to practice and compete socially-distanced as a team in the fieldhouse before going completely virtual in November.

After taking second place at sections, Morphew qualified for both the state and national speech and debate competitions in congressional debate. Congressional debate is a mock legislative assembly competition where students draft bills (proposed laws) and resolutions (position statements), which they and their peers later debate and vote to pass into law and then take action by voting for or against the legislation.

In congressional debate competitions, topics regularly change and students are involved in longer sessions, competing against an entire group of students. These sessions can last two to three hours and the development of the discussion can impact a students’ involvement.

“This has been a really good year for him (Joseph),” said Tim Anderson, head speech coach at AHS. “Joseph has really grown in the last three years and has become a really smart, knowledgeable debater.”

Ryan Nelson-Cain, Morphew’s debate coach, said: “Joseph is a passionate and intelligent speaker with an introspective and thoughtful approach to public policy.”

Anderson added that while he wishes his team could help celebrate Morphew’s success in person, it has been really fun to see the team rally around and support him as he prepares for future competitions.