(01/13/2022) The Anoka-Hennepin School Board held its first meeting of 2022, Monday, Jan. 10. The agenda for the first School Board meeting in January serves as an organizational meeting where the board selects 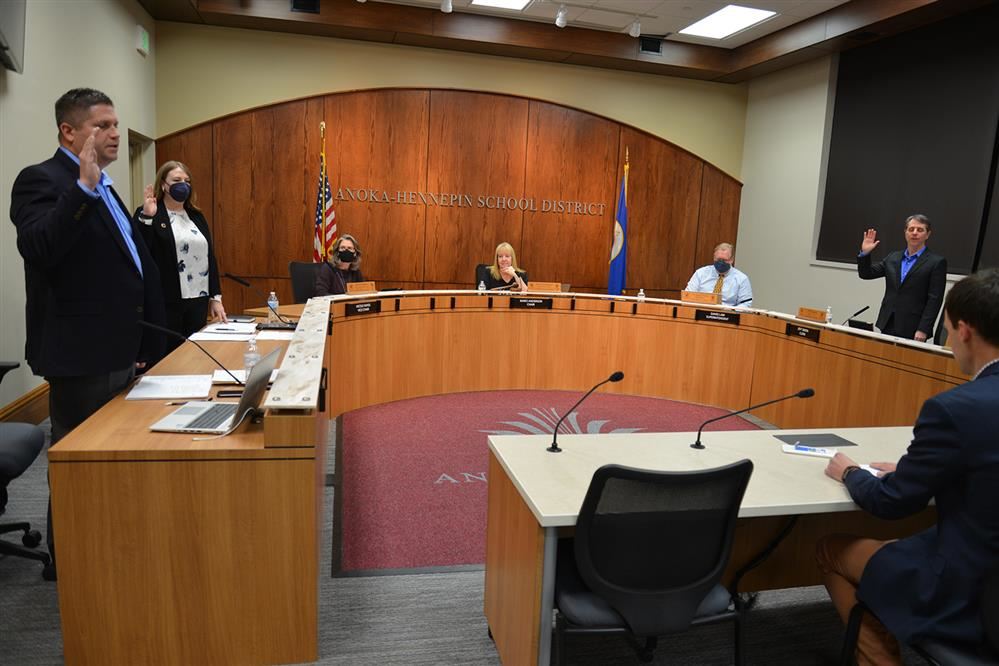 officers and receives appointments for committee assignments along with conducting annual business functions.

The organization of the Anoka-Hennepin School Board has changed slightly with the addition of two new board members. Directors Kacy Deschene (District Three) and Matt Audette (District Four) were sworn in during a ceremonial oath of office, beginning their four-year terms. Jeff Simon, who was re-elected to represent District Six, was also sworn in as he begins another four-year term on the board.

During the meeting, the School Board also approved a listing of planned meetings and work sessions through July 10, 2023.

Regular meetings of the Anoka-Hennepin School Board are held at the Sandburg Education Center and work sessions at the Educational Service Center, both in Anoka.